Florida… Oh No, Not Again!

Florida’s bizarre politicians overshadow our usual weird news. But let’s take a stab at the strange.

West Palm Beach, Florida.  No, I am NOT the guy who reads and sings to calm alligators not receiving their share of tourists. Everyone knows I can’t sing.

Marathon, Florida.  I also deny knowledge of the iguana that wrestled a guy and his bicycle to the ground. A spokesman for the bicycle said…

Tampa, Florida.  Nor do I have anything to do with neighbors preventing access to a landlocked bird sanctuary. (I have sympathy in this case. Orange County politicians turned over a county road to a private cattle company, preventing property owners access to their land.)

St. Petersburg, Florida.  A jogger found a human head on a grassy knoll. Police confirm it is not that of Governor DeSantis, who is known for having lost his mind but not his head. Yet.

Jacksonville, Florida.  A hard-hitting woman batted eyelashes at her police detective boyfriend, who gave her a pass during a murder investigation. They made it beyond third base but not quite home when they were called out.

The Mother of All Gifts

Clearwater, Florida.  Another woman attacked her man with a candy cane. And a brick. And a pen. Somehow after a brick and a yard-size candy cane, a pen doesn’t seem all that much.

Micanopy, Florida.  So her boyfriend, see, well, she was on her phone, actually, and her boyfriend, just sorta, kinda, tripped on air and fell on a knife, twisted it in maybe, and writhed and stabbed himself umpteen times or not and raccoons attacked… No flowers for her Mother’s Day.

Sanford, Florida.  Lest ye think it only women who’ve gone corona-mad, there’s the crazed man who stabbed a roommate then turned on police, screaming something about Satan and worms and… You see? Some normal Florida things still happen.

Deltona, Florida.  We mustn’t forget another man who attacked a roommate who’d kindly made him breakfast. Oh wait. The breakfast chef woke him at 5am. That’s like the middle of the night. Last time someone woke me at 5am, police found me sharpening my teeth. 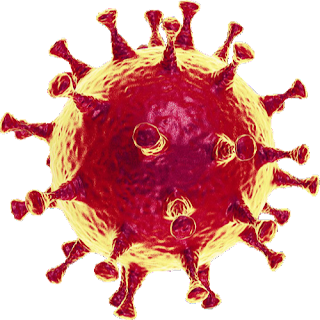 Another Reason to Close the Bars

Indialantic, Florida.  She just spread the love or a message or coronavirus. Just because she kissed strangers without a mask, was that any reason to stop a sunny welcome?

Try as I might, I can’t seem to get away from COVID-19 stories.

Bradenton, Florida.  The Genesis II Church of Health and Healing continued selling their Miracle COVID Cure after a judge ordered them to stop selling industrial bleach for human consumption. This is the same chemical their leader wrote about to President Trump who subsequently claimed this wonderful detox would knock out the coronavirus in one minute. Side effects include heartburn, death…

Fort Myers, Florida.  That guy in Costco, you know, the dude who felt threatened by a 60-some year old lady who asked him to wear a mask… from Florida, of course. He’s a star insurance salesman; you’d think he’d want everyone to masque up.

Holly Hill, Florida.  The Costco guy wasn’t as nasty as the woman who spit into Walmart’s fruit and vegetable bins ruining $350 or so of foods. Because of the corona hoax, of course.

Homestead, Florida.  A couple wanted soooo bad to visit the Florida Keys, but those stupid Keys officials didn’t want to spread that hoaxy COVID and like all illegally tyrant-like keep non-residents out, which is soooo Naziish. Anyway, this freedom-loving couple took a teenager prisoner and forced her to drive through the checkpoint. They struck such a blow for freedom, not the terrified girl’s, of course, but theirs. Except they’re locked up. 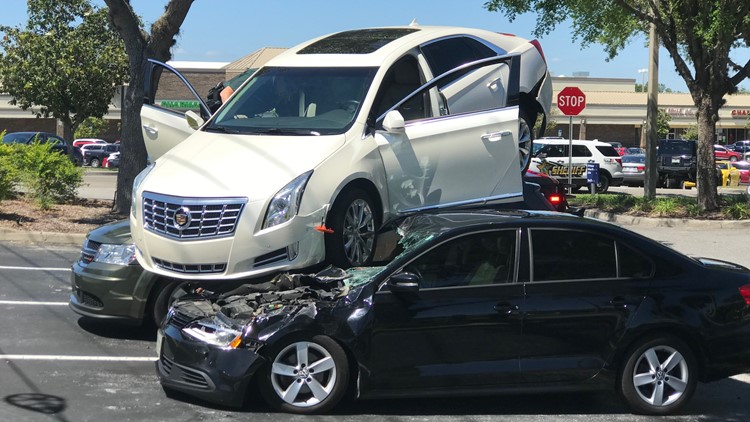 Hernando, Florida.  Local drivers might not be as bad as Boston’s, but how do you drive backwards and park atop other cars? And we don’t even get snow?

Gainesville, Florida.  If you live in Florida and someone removes your testicles, you might be a politician. Or an adopted kitten. Who knew a stuffed dragon might not protect you?

Tallahassee, Florida.  At the same time the White House blames poor coronavirus response on the media for too much coronavirus reporting, Florida’s governor blasts the media for too little reporting. Indeed, Governor DeSantis says the press reported nothing about COVID-19 until April, so he assumed all was okay. Which is weird, because like a kidnap hostage, I can hold up copies of the Orlando Sentinel and Miami Herald dated back in January. Doesn’t he know the Keys have been off limits to visitors since 22 March?

Florida is famous for costumed characters and since February, the Grim Reaper has patrolled Florida’s beaches warning visitors about the virus. In March, that Grim Reaper, revealed as Daniel Uhfelder, Esq, sued the Governor’s office to require face masks. So apparently our Governor doesn’t check the news, he also pays no attention to lawsuits.

Earlier this month when I wrote about Florida landing the sad position of Nº 1 and setting new pandemic records every day, I hadn’t expected the Sunshine State to continue setting new records. As one observer put it, if Florida was a separate nation, it would rank among the worst countries on the planet for infections.

Governor DeSantis calls that ‘a blip’. Because, you know, the Black Plague was ‘a bump’ and reporters ‘a bleep’. Such ingrates! Florida has done soooo much to keep the numbers down. Like firing our heroine, Rebekah Jones, the state’s database administrator who revealed Florida’s government was grossly under-reporting cases. And sheriff offices complain that as infection hotspots soared, the state cut off critical information to police agencies including addresses of known outbreaks. And the state ordered medical examiners not to release autopsy data. Because no info, no problems.

Milledgeville, Georgia.  Above our border, Georgia’s Brian “Screw ’em” Kemp is posing a challenge to Florida’s Ron ‘Who Me?’ DeSantis for dumbest governor, but I’m afraid Georgia will have to settle for Miss Uncongeniality. Kemp is suing cities that require masks in public. Because no masks, no problems.

Oh God, the clowns! We’re all gonna die! But keep shaking your head and laughing.
Posted by Leigh Lundin at 00:02 4 comments