How hard can it be, nonwriters often say, to name your characters?

Well, I can think of easier tasks. It's one thing to name them, but it's another to do it well.

The other day I started writing a new mystery story, and I'm making good progress--but I've come to the point where I need to start assigning names. So far my characters are S for Sheriff, P for Prisoner, O for Old man, W for Waitress, C for Cook, and V for Villain. I usually substitute letters as placeholders until I come up with names I really like. Even after I choose the names, they might change several times during the course of the story as new brainstorms roll in, in which case I make extensive use of (but don't entirely trust) the "Find and Replace" utility. I dread the day when I'll probably submit a story someplace with the hero saying something like "It's over, V. Drop the gun."

As all of you know, the choice of appropriate names can be vitally important, and at the very least can make any story better. I think The Silence of the Lambs would've been a great novel and movie regardless of the characters' names, but making the bad guys Buffalo Bill and Hannibal Lecter sure didn't hurt. And sometimes "appropriate" can have a wide range. I think part of Stephen King's success is due to the fact that he often writes about ordinary characters that everyone can relate to, and the names of his protagonists usually reflect that: Bill Hodges, Luke Ellis, Fran Goldsmith, Tom Cullen, Larry Underwood, Annie Wilkes, Robert Anderson, Paul Sheldon, Carrie White. One of his main characters (the novel was The Dead Zone) was named John Smith. Having said that, King can also get pretty creative with character-naming when it's needed: Roland Deschain, Gordie Lachance, Randall Flagg, Percy Wetmore, etc.

Looking back on the novels I've read and the movies and TV shows I've seen, I can recall character names that seem absolutely perfect for their stories. We all know some of those--Atticus Finch, James Bond, Ebenezer Scrooge, Luke Skywalker, Ichabod Crane, Indiana Jones, Rocky Balboa, Sherlock Holmes, Harry Potter, and so on. A few have become better known than the stories in which they appeared. 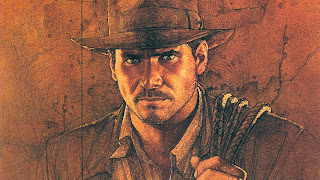 Here are plenty more names, categorized but in no particular order, that I think are wonderful. How many of these can you remember?

Some of the most interesting names, I think, came from Ian Fleming--

For anyone still with me on this, here are several more, in no particular category. Remember these?

In closing (and in the "I wish I had come up with that one" department), here are my five all-time favorite character names: 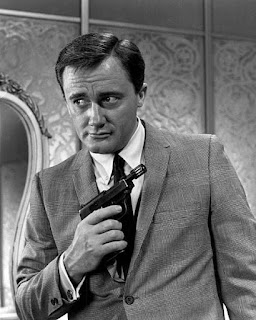 ]
What are some of your favorites, from novels, shorts, movies, TV, etc.? How about character names from your own work?

Now, back to trying to figure out what to call the folks in this latest story of mine.