OK, TV was in its infancy and people at home watched any free entertainment they could watch. But some of the stuff was bad.

Researching for my 1950s private eye series, I needed information about early TV and it's a hoot. Thank God for YouTube where you can see snippets and full episodes of TV shows on air between 1950-1953 such as simpleton private eye shows like pipe-smoking Martin Kane, Private Eye who always paused in the middle of a case to visit his tobacconist to secure more pipe tobacco. The show was sponsored by the United States Tobacco Company. 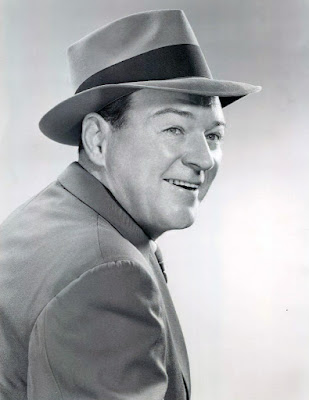 Other clunkers included Rocky King: Inside Detective, The Plainclothesman and Saber of London, where a British police inspector comes to New York City to show the colonials how to solve homicide cases. There were a few detective shows not completely terrible like Boston Black, Sky King and Dragnet.

Mr. and Mrs. North starred Richard Denning and Barbara Britton as husband and wife sleuths was a real sleeper (not the good kind, he kind that put the viewer to sleep). This prim couple slept in separate beds. Common with early TV. 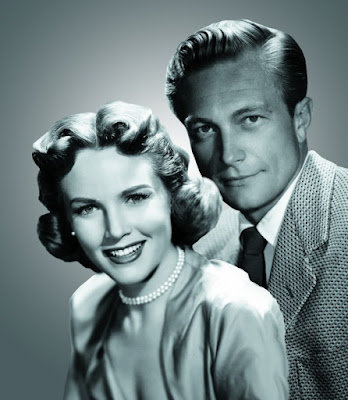 Barbara Britton and Richard Denning as Mr. and Mrs. North

TV was filled with insipid variety shows and a glut of westerns like Roy Rogers: King of the Cowboys Wild Bill Hickok, The Lone Ranger, The Gene Autry Show, Death Valley Days and others.

I Love Lucy was a big hit, although I never liked it, just as I disliked The Red Skelton Show. I thought Skelton was a nincompoop. I was a strange child. And there was the awful Amos N' Andy.

Lot of game shows like What's My Line?, You Bet Your Life and I've Got a Secret. There were some good dramas on Four Star Playhouse and Masterpiece Playhouse and others.

Early TV science fiction shows bordered on comedy like Captain Video and His Video Rangers and semi-serious pieces with unsophticated special effects like Tales of Tomorrow. 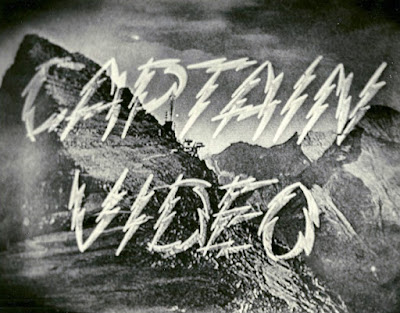 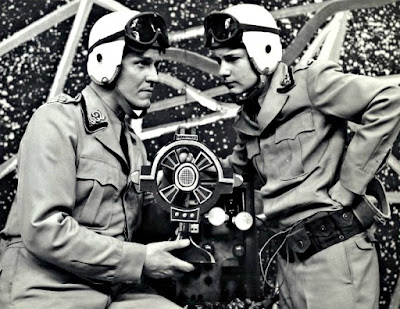 Captain Video and his Video Ranger. Love the helmets and goggles. 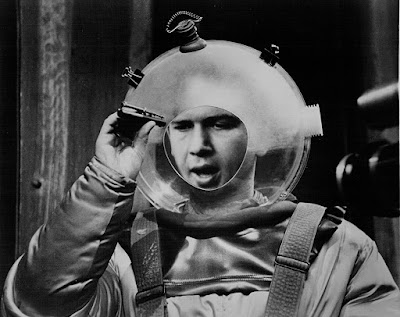 The picture says it all.

SPECIAL UNCONNECTED NOTE:
Ever notice when they appear, flotsam and jetsam are always together on beaches in novels and short stories? Flotsam never shows up alone. Neither does jetsam. According to four dictionaries – flotsam and jetsam are marine debris associated with vessels. Flotsam is debris not deliberately thrown overboard, debris from shipwrecks or accidents. Jetsam is debris thrown overboard by humans, trash or item tossed overboard to lighten a ship's load.

So, if a beach has flotsam and jetsam, the beach is multitasking. Pretty cool.

Dead trees, driftwood, coconuts, leaves, sticks and other natural things are not flotsam or jetsam. They are debris.

OK, there were many GREAT movies in the early 1950s, which will be the subject of a subsquent posting.