The Man Who Sold The Papacy

Continuing in the vein of my last SS post, revisiting some of the most notorious historical "bastards" in preparation for the launch of my author's website and the concomitant relaunch of my blog The Weekly Bastard.

Look below for the pope who tried to auction off the Papacy – and succeeded!

This week’s bastard is another of those wacky medieval popes who so scandalized contemporary and later church writers.  As was the case with one of our previous weekly bastards (Elagabalus), Pope Benedict IX came to his position very young (the sources disagree on this point, but he was definitely no older than twenty) because he was the scion of an extremely well-connected family.

After all, there's a reason why humorist P.J. O'Roarke once characterized the height of recklessness as akin to "giving whiskey and car keys to teen-aged boys."

As had so many popes before him, Benedict owed his position largely to the influence of the Roman aristocracy, which meant that most of his critics came from among the many German clergymen holding positions in the church.  Most of his opponents considered their reigning head of the church something of a bogeyman; perpetrator of “many vile adulteries and murders.”  Desiderius of Monte Cassino who was a contemporary of Benedict IX and later reigned as Pope Victor III, wrote that Benedict committed “rapes, murders, and other unspeakable acts.”  Benedict’s reign, wrote Desiderius, was “so vile, so foul, so execrable that I shudder to think of it.”

For his part Benedict doesn’t seem to have given much of a damn what his critics thought.  His power base was among the members of the Roman aristocracy, and as long as they backed him he felt free to do as he pleased.  Turned out he reckoned without the powerful (and fickle) Roman mob, who rioted in 1036 and ran Il Papa right out of the Eternal City.  The uprising was quickly put down and Benedict returned to power there, but his hold on his throne was tenuous at best after that.


By the time Benedict’s opponents within the church had succeeded in driving him from Rome a second time in 1045, Benedict had tired of being pope.  So he consulted his godfather, a well-respected priest named Johannes Gratianus (“John Gratian”) about whether he could legally resign this most holy of offices.  When the “Godfather” assured him that such a thing, although unprecedented, was wholly acceptable according to church doctrine, Benedict offered to sell it to him for a ridiculous sum that would apparently be used to fund the former pope’s “lifestyle change.”

So technically Benedict left not one, but two popes (well, really a “pope” and a pretender, or “antipope”) behind in Rome when he retired to one of his country estates later that same year. 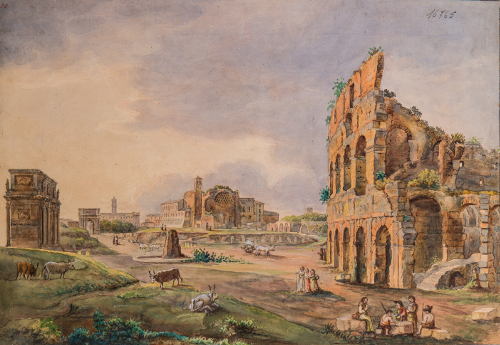 Benedict didn’t waste any time, immediately proposing to a cousin (a common custom in his day).  When she refused him the ex-pope got it into his head that it wasn’t such a bad thing being pope after all.  Within weeks he’d headed back to Rome trying to get his old job back.


He spent the remainder of his days as a monk in that abbey, dying there in 1065.

Posted by DoolinDalton at 01:01