by John Floyd
One of the first things I learned as a beginning writer was that good stories must have conflict. In fact, the more conflict, the better. Maybe that's the reason I prefer writing mystery/crime stories. When the characters in a story have broken--or are breaking, or are planning to break--the law, one level of conflict is already there. It's built-in. And I need all the help I can get. 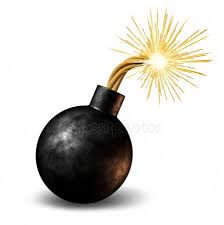 The same could be said of stories whose plot involves a countdown of some kind. In that case, the built-in ingredient is suspense. It could take many forms: the timer on a bomb, a deadline set by a killer or kidnapper, a runaway train, an upcoming trial date, a clock ticking down to high noon, etc. Or the relentless approach of something final and terrible--an asteroid, a missile strike, a plague, an alien attack--that will put an end to all of us.

This line of thinking of course led me to all those end-of-the-world movies I've seen, and forced me to--how could I resist?--pick out what I thought were the best and worst. So in case anyone besides me likes this kind of thing (doubtful, I know), I've put together a list of my twelve favorite global-disaster-is-coming films. Sometimes doomsday is averted, sometimes it happens as scheduled. You'll have to watch them to find out; no spoilers in this report.

NOTE: I did not include movies set mostly after an apocalypse--and there are plenty of those: The Road, The Day After, Night of the Comet, War of the Worlds, The Book of Eli, 28 Days Later, Children of Men, The Day After Tomorrow, Zombieland, Waterworld, 2012, Dawn of the Dead, Daybreakers, and so on. Even the Mad Max and Hunger Games-style movies could fit into that post-cataclysm group. Unlike those, the movies in my list are set in the time leading up to the event, and therefore populated with characters in the normal world who must somehow deal with the knowledge of impending doom. They aren't the walking dead, at least not yet. They're just regular folks who are fully functional but soon to be in deep bandini.

Anyway, here's my list of the dozen ultimate-catastrophe movies that I enjoyed most, from silly to serious, from action-packed to slow and thoughtful. I liked them all, but the first ones are my
favorites. 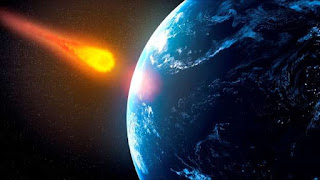 1. Melancholia (2011) -- Kirsten Dunst, Charlotte Gainsbourg, Kiefer Sutherland. Definitely a slow-paced, navel-gazing story. Two sisters try to work out their problems with each other as a newly-discovered planet heads toward a collision with Earth.

2. Deep Impact (1998) -- Morgan Freeman, Tea Leoni, Elijah Wood. This time it's an asteroid on its way to do us in. The President tries to save a select few; the rest are on their own.

3. Fail-Safe (1964) -- Henry Fonda, Walter Matthau. American bombers are en route to Moscow and the Russians are set to retaliate, but the attack was a mistake--and now it can't be stopped.

4. Dr. Strangelove (1964) -- Peter Sellers, George C. Scott, Sterling Hayden. Sellers plays three different roles, and once again the threat is nuclear holocaust. The only comedy, if you can call it that, in the list.

5. Take Shelter (2011) -- Michael Shannon, Jessica Chastain. A young father who has visions of a coming apocalypse takes steps to try to protect his family.

6. The Mist (2007) -- Thomas Jane, Marcia Gay Harden. A group of shoppers huddle inside a supermarket after a botched government experiment unleashes a spreading mist that contains bloodthirsty creatures. One of the better Stephen King adaptations.

7. On the Beach (1959) -- Gregory Peck, Ava Gardner, Fred Astaire. Most of the world has blown itself up, and the so-far unaffected Australians are now in the path of a deadly and slow-moving (like the plot) cloud of radiation.

9. Seeking a Friend at the End of the World (2012). Steve Carell, Keira Knightley. As another asteroid nears Earth (screenwriters are fond of asteroids), a lonely man goes on a road trip to find his high-school sweetheart.

10. These Final Hours (2013) -- Jessica De Gouw, Nathan Phillips. On the Last Day, an Australian man makes his way across a chaotic town to help a little girl reunite with her father.

11. Last Night (1998) -- Sandra Oh, Don McKellar. With the end of the world six hours away, several unusual people decide to face their fate together.

12. Armageddon (1998) -- Bruce Willis, Ben Affleck, Billy Bob Thornton. As yet another asteroid (?!?) makes its fiery way toward Earth, NASA recruits a team of misfits to try to save the world. 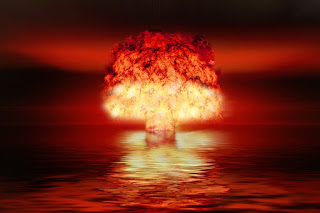 What do you think? Have you seen all, or any, of these? If so, do you agree? Disagree? Do you have any movies to add to the list? (I intentionally left out a few: The Day the Earth Caught Fire, When Worlds Collide, etc.) Do you even like this kind of movie?