by Leigh Lundin
Yesterday, we brought you part 1 of a devastating story. That horrible situation is about to grow considerably worse. 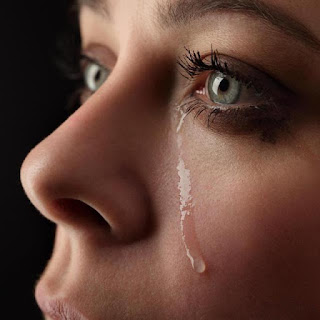 Part 2, Therapist, anagram of ‘The Rapist’

Realizing the girl’s worst fears, the shrink didn’t bother to mask disapproval and dislike. The fault, she said, was Honey’s. Attention-seeking, she said, manipulative, narcissistic, unconcerned about others. False rape accusations are a nasty problem. Honey, she said, would be lucky to avoid jail time or even prison, which the prosecutor wanted.

Then the court-appointed psychoanalyst twisted the knife in a way the original perpetrator couldn’t approach. She ordered the child to apologize in writing to her so-called victim, the rapist. She instructed the girl to write letters of apology to the police and hospital for wasting their time, to the newspaper for headline grabbing. The therapist had perfected the art of bullying.

Protestations from the Barrette family fell on deaf ears. They pointed out the perpetrator was of age and Honey was only fourteen. At the least, statutory rape had taken place.

Making the most of public shaming, newspapers printed the apology. One paper used the case to highlight attention-grabbing teens. The state’s premier, syndicated newspaper wrote a piece about false rape. It featured the psychiatrist’s assessment of the Honey Barrette case. It’s unclear if the shrink went on to publish it in an academic article.

School descended into a deeper nightmare than before. A delighted, self-righteous Alexis and her gang ruthlessly tortured Honey. The rapist’s best friend Colt organized insidious torments. Students stuffed Honey’s locker full of newspaper clippings. They elbowed, kneed, tripped, slapped, punched, and fucked over their classmate without mercy. Teachers failed to halt the unending hammering assault upon a 14-year-old child.

A numb, despondent Honey felt her life had ended before it’d begun. Dropping out of school made problems worse. She became pregnant by an abusive guy who resolved the pregnancy problem by slamming a 2x4 into her stomach, causing a miscarriage. Honey was falling faster than anyone could stop.

She prized one asset, her family. Parents and grandparents gathered around her. The packed up their precious girl and moved across the country.

It took their damaged daughter years, but she found her way back on track, a testament to her inner strength when it’s amazing she survived at all. She turned a sense of humor dry as the desert sands into a survival skill. She obtained her GED and undertook nursing studies.

She sticks close to family and a couple of close friends. Betrayal and horrible treatment at the hands of others has compromised her ability to find a decent man and forge a loving relationship, but she’s working on it. She’ll do it.

Recently she’s been awarded a well-earned promotion. Hard work and responsibility moved her up the ladder professionally. She started at ground level and worked her way up to management, now number three in line from the top. Any company would be lucky to employ her.

Living well is the best revenge, and Honey Barrette makes every effort to make that happen.

The actions of the psychiatrist horrified me, a medical professional convinced of one’s own infallibility. Because of her evaluation, authorities forewent a slam-dunk case of statutory rape. Even if the judgmental shrink didn’t believe the girl, she should have considered the tiniest possibility rape could have happened, given the child the minutest benefit of the doubt, and not forced her to write those letters.

After Honey related her story, I spoke with her mother who filled in a couple of details.

Long after the court-ordered psychiatric sessions, the Barrette parents sat down with the court’s appointee to discuss issues. Too late to retract her words and reverse the fates, the psychiatrist revealed she’d misinterpreted the girl’s hostility toward her. She’d belatedly come to believe Honey and further concluded her rapist should have been prosecuted.

The shrink would have done well to remember the words of Omar Khayyám:


The Moving Finger writes and having writ,
Moves on: nor all thy Piety nor Wit
Shall lure it back to cancel half a Line,
Nor all thy Tears wash out a Word of it.

Honey at least, is beating the odds.


NB: Except for a single reference to the rapist, I've avoided the word ‘victim’. Honey didn’t use the term and I followed suit.
Posted by Leigh Lundin at 00:00