It’s amazing when you realize many of our grandparents were raised in a horse-and-buggy era and eventually saw us land a man on the moon. Yet among us reside Millennials who’ve never been without a computer or HDTV, a microwave or a cell phone. With rapid technological evolution, we can hardly fault them for any lack of historical perspective, never mind survival skills.

Children of my acquaintance were devastated when they wanted to make popcorn and the microwave broke. Their auntie calmed them and found a lidded pot in the kitchen cupboard. As the kids watched in open-mouth wonder, she ripped open the familiar Orville Redenbacher packets and poured them into the cookware, added butter and placed the lid on. Five minutes later the kids happily munched popcorn in awe of their aunt's accomplishment. Who knew?

Working antiques surrounded us kids on a centuries-old, self-sufficient farm steeped in family history. I still keep antique ‘coal oil’ lamps to light when the power goes out. Our childhood provided a sense how our pioneer ancestors lived, so when I read an incongruity, it really jars.

David Edgerley Gates has touched upon the subject of anachronisms. Among other issues, he raises the topic of modernisms in period speech. I agree, although I give British author Lindsey Davis a pass because her characters are so engaging.

A couple of years ago when I was critiquing a teenager’s story for his literature class. It was set, if I remember right, in the 1980s. His on-the-run hero escapes on a jet-ski and phones his girlfriend. Our conversation went something like:

Somewhat defensively, Quentin Tarantino hyped the historicity of Django Unchained. Examples escape me, but the glaring inaccuracies and anachronisms must have jolted historians.

In one of his Rumpole of the Bailey stories, John Mortimer introduces a celebrity historical romance author beloved by the public and especially the judge. Rumpole, however, feels plagued by her wildly inaccurate juxtapositions of people, places and things as much as a century or so apart. Technically, this type of error– mixing periods– is called metachronism.

I was critiquing a Southern antebellum novel about a plantation owner’s wife and a slave. I found quibbles, but a scene in one of the early chapters brought me up short. In it, the slave was drinking from a tin can. Whoa, I told the author, tin cans as we know them are a 20th century invention. I offered citations pointing out early tin cans, circa WW-I. The writer refused advice, partly because of ‘atmosphere’, but she also claimed an unnamed historical source despite my research. The anachronism spoiled the atmosphere for me.


[British canning technology may have preceded and surpassed that of North America in the 1800s. A reader has pointed out that while cans were a 19th century invention, the modern tin can as we know them originated around 1900 and came into use by WW-I, not WW-II as the article originally stated. The reader included photos of tins from WW-I and from Scott’s Antarctic expedition dated 1911 that are virtually indistinguishable from modern cans.] 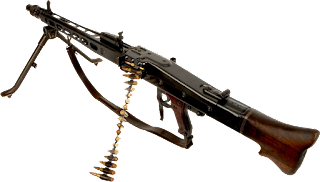 In the Spaghetti Western The Grand Duel (Il Grande duello also called The Big Showdown), the effeminate psychopath, Adam Saxon, mows down a wagon train with a machine gun. I don’t know much about machine guns, but it looked oddly out of place, not like Civil War engineering at all. I suspected it was closer to WW-I era, but I underestimated. It turns out the Maschinengewehr was a German WW-II MG42, first introduced in 1942, about ¾-century after the setting of that Old West movie.

Many movies feature British Intelligence or the OSS infiltrating Nazi strongholds, plots that have fed the film industry for decades. Typical gadgetry features lots of knobs and dials and… LEDs, not commercially viable until about 1970. A few may show Nixie tubes, but even those weren’t invented until 1955.

In steampunk, you can invent anything you want– LCDs, Nixie tubes, plasma graphics. If you write historicals, you can’t.

Sometimes writers introduce errors that have little to do with anachronisms. As much as I admire The Girl with the Dragon Tattoo series, the authors, Larsson and Lagercrantz (or possibly their translators) make mistakes about handguns. They mention a revolver when they mean an automatic, refer to a telescopic sight when Lagercrantz probably intends a laser sight, and portray Blomkvist with his finger jammed in the trigger guard of a machine pistol when the author probably meant between the trigger and the body of the weapon. Small things but I give Larsson credit for portraying computers and networks in a realistic manner. (He also named a couple of characters Lundin, so I can’t bicker too much.)

Without local mystery authors, in my early days I worked with romance writers, particularly my editor/teacher friend Sharon. One of Sharon’s favorite authors referenced a car several times in the novel, perhaps something like a Pontiac Bonneville. Sharon realized the details were all wrong, invalidating part of the plot line in her head.

I’ve saved the worst for last.

Red Sage Publishing specialized in novella anthologies called Secrets. One of their American authors set her story in Scotland… and kept referring to the Scottish mesquite.

What errors and omissions bug you?
Posted by Leigh Lundin at 00:00