Aliens, Hot Dogs, and the Case of the Missing Rat Island


by Melissa Yi
Once upon a time, experimenters took a bunch of rats and divided them into two groups. Both groups were dropped into a tankful of opaque water, but one group had an island, not visible under the surface, so those rats could eventually rest with their heads above water. The other group would…swim until they sank.

Luckily, the experimenters pulled all the rats out of the water before they could drown.

The next day, they set both both groups of rats in the island-less tank.

For years, I’ve wrestled with this concept. It totally makes sense. But how can you force yourself to become a rat with an island? You can’t just hit yourself on the head and say, “Zowee, now I know everything will work out, if not this century, then the next!”

I got a clue last week, when I flew from Montreal to Los Angeles for Sci-Fest LA. I was a finalist for the Roswell Award for the best short science fiction, for the second year in a row. I was pretty sure a comical story like “Humans ’n’ Hot Dogs” wouldn’t win, so I considered staying home. 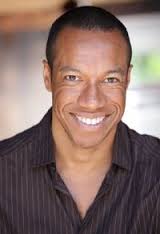 Do you prefer theatre? Rico’s got you covered. His stage credits include Oedipus and Malcolm X. 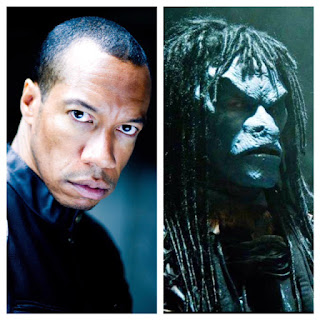 Or, if you’re like my dental hygienist today, you’ll recognize him best from a recent episode of Grey’s Anatomy. 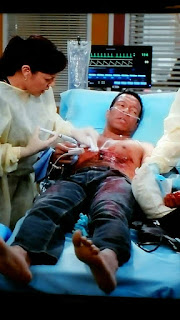 So no wonder I was surprised and delighted by Rico’s interpretation of “Humans ’n’ Hot Dogs.” He seized the audience’s attention from the first syllable. He adopted voices for different characters, including aliens, a homeless man, and a pack of skateboarders. He winked. He worked the spotlight. He was funny, dynamic, and likeable.

The audience laughed and cheered.

And yet I didn’t win the Roswell Award.

So many people adored my story, though. “It was so funny!" “The judges were absolutely gleeful after reading your story.” “I try to keep an eye out for stories that are suitable for young adults, and yours was it.” “Promise me you’ll keep on writing.”

And I loved Rico’s interpretation.

I could slink back to Canada, quietly weeping over my defeat.

Or I could try something else. Something a rat with an island might do.

We weren’t allowed to record Rico’s performance at the Roswell Awards. But what if he recorded it later, and we released it as an audio book?

This is a financial gamble. A short science fiction story by a relatively unknown author isn’t going to light up the bestseller lists any time soon. This would be a special project. One for people who love wee gems, who support the underdog and love art for art’s sake.

Rico and I are going to crowdfund it. I decided to avoid Kickstarter and just have donations go to PayPal through olobooks [at] gmail [dot] com, to try and make every penny count. Both of us are committed to making the best production possible.

And the rewards. The rewards!

Any donation: heartfelt thanks and a backstage picture of Rico shirtless (to show off the wounds for Grey’s Anatomy, not just to ogle). Goal: unlocked! I’m posting it to my website (http://melissayuaninnes.com/bringing-humans-n-hot-dogs-to-life/) in case any SleuthSayers have sensitive eyes.
Wiener ($5): an advance e-book copy of Humans ’n’ Hot Dogs and enormous thanks from Rico and me.
Pepperoni ($10): an advance deluxe e-book copy of Humans ’n’ Hot Dogs, including cartoons, inside tips on how to how to network in Los Angeles, and behind-the-scenes stories from Sci-Fest LA, Caltech, and Buzzfeed
Bangers ($20): deluxe e-book and you’ll be the first to hear the audio book, before it’s uploaded to Audible, iTunes, and other retailers. Humans ’n’ Hot Dogs all the way!
Chorizo($25): now we’re cooking. Deluxe e-book, audio book, and line producer credit in the book.
Andouille ($30): now we’re sizzling. All the previous rewards, co-producer credit in the book, plus a copy of my audio book, The Most Unfeeling Doctor in the World and Other True Tales From the Emergency Room
Bratwurst ($50): smells absolutely delicious in here. Must be your generosity. Includes all of the above, with associate producer credit in the book
Mortadella ($100): every single previous reward, with executive producer credit in the book, an autographed photo of Rico (yes, he’ll even do the shirtless one if you ask nicely), and a copy of the print book, shipped anywhere in the world for free. Yes, a real, live, print book that you can pass on to future generations, along with Rico’s stunning rendition of my oeuvre. 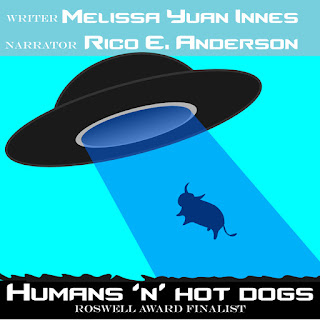 In other words, Rico and I are going for broke.

He’s a full-time actor in Los Angeles. He’s used to taking this kind of risk.

Me? Not so much. I no longer feel like rejections are mental razor blades, but I’m embarrassed when people turn me down. Yet I can see how handling failure wisely is one of the keys to success.

Rico and I may fail.

We may fail spectacularly.

But we’re both going to keep on swimming, and we hope you do, too.