In So Many Words


A couple of weeks ago I received a nice surprise: an acceptance from The Strand Magazine. I was informed that my short mystery, "Secrets," will be featured in their summer issue. My friend Rob Lopresti had a story in their winter/spring issue, so I'm pleased to be able to carry the SleuthSayers banner forward into the fall of the year. (Rob, hand it over.) Note to members of our group: one of you must now get a story accepted for the next issue . . .

Here's a quick summary. My story involves two (mysterious) strangers who happen to meet on a ferry between the mainland and an island where one of them has scheduled a (mysterious) meeting. All the action takes place within an hour or so, during which the two characters on the ferry discover things about each other and about themselves and about the suddenly deadly situation they've been thrown into. (Hey, what can I say?--I love that kind of stuff.)

One unusual thing about writing this story is that I had trouble deciding on a title. I liked "Secrets" because there are so many of them in the story--secrets kept from the characters by their bosses, spouses, etc.; secrets that the two keep from each other; even secrets that I try to keep from the reader until certain points in the story. But I almost called it "Secrets: a Ferry Tale." I finally decided not to, for two reasons. First, it sounded a little too cutesy, and second, I'm not crazy about titles that contain a colon.

I should confess that none of this has anything to do with the reason for today's column. The reason I'm writing this column is that I recently discovered something a little odd about the eight stories I have so far sold to The Strand. The strange thing (besides the fact that they were accepted at all) is this: they were all very close to the same length. About 4000 words. Part of that was because the guidelines said 2000 to 6000, and it doesn't take a genius to realize that hitting that range right in the middle can probably help your chances. Another part of it, though, was coincidence. That length just sort of turned out to feel "right" for those particular stories.

Which brings up a question. Should you try to write stories specifically for certain markets, and of certain lengths, or should you just write the story with no preconceived ideas about how long it should be or where it's going?

I guess I do both. Woman's World mysteries have to be a set length--just under 700 words--so yes, I do write those with that wordcount in mind beforehand. But that's unusual for me. I've always believed that it's better to write the story first, let it reach whatever length it needs to be, and only then--when it's completed--decide where you want to submit it. 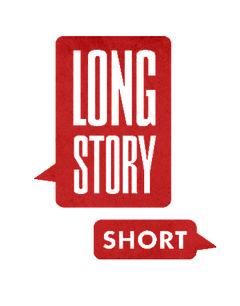 Thankfully, there are some good markets, including EQMM and AHMM, where length doesn't matter much. The shortest story I've sold to AH was 1200 words, the longest was 14,000, and a few days ago I sold them one that was 5400. I believe their guidelines now specify a max of 12K or so, but that still leaves authors plenty of leeway. (And I should emphasize here that all Strand stories don't have to be the same length either. Mine just happened to be.)

Another question: generally speaking, are shorter stories easier to sell? I think that answer's usually yes, for several reasons. For one thing, it's easier for an editor to fit a shorter piece into a magazine or an anthology than a longer one. Also, if you're not an already established name, an editor might be more apt to hang in there and read your story all the way to the end if it's shorter rather than longer. I honestly think markets these days--both literary and genre, both magazines and anthologies--are more receptive to shorter stories than they used to be. Case in point: many of them, in their submission guidelines, seem to have lowered their maximum wordcount.

Why would this be true? One school of thought says that editors want only what readers want, and since we as readers have so many distractions nowadays, so much competition for our attention, we just won't sit still long enough to read a really long story. I'm a little skeptical of that; after all, we sit still long enough to read novels. But maybe those folks who are already drawn to short stories prefer them shorter now. Who knows.

I'm one of those people who like to write, and read, stories and novels of all different lengths. My latest collection of short fiction contains thirty stories that range from 500 words to 15,000 words (one might argue that a 15K story isn't a short story at all, but I continue to believe that novellas begin around 20K). I think that kind of variety makes for a more effective collection and a more interesting read, but that's just me. I also believe that shorter is not necessarily better, and that every story seeks its own length. My favorite story that I've written was about 10,000 words. But I also believe, as I said earlier, that shorter stories are easier to sell.

What do you think? Which--shorter or longer--had you rather write, and read? If you're a writer, do you write with a certain length or market in mind? What do you consider the break point to be (in wordcount), between shorts and novellas? Between novellas and novels? Between short-shorts and short stories? Between flash fiction and short-shorts? Do such distinctions even matter?

Perhaps more importantly, how long should a column be? No more than a thousand words? Well, I just checked, and this one is already 996.