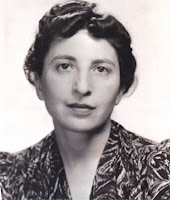 If my parents were alive, today would be their seventy-eighth wedding anniversary. My father would be almost 114 years old. My mother would be 110. Both had long lives, but not quite that long, my dad dying at 91 and my mother at 96. And today, I want to celebrate them.

Not everybody has good parents. As a kid, I took mine for granted. As an adult, both working as a psychotherapist and in the addictions field and as a mystery writer, paying attention to crime as part of the job description, I learned that dysfunctional families are the norm and some parents the stuff of nightmares: addicts, batterers, child molesters. 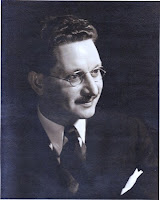 Then there are the families in which the parents cannot cope—whether the cause is alcoholism, mental illness, or the emotional immaturity that can result from not having had competent adult role models when they were kids themselves. In those cases, children have to take on adult roles at far too young an age. One of my first psychotherapy clients remembered being charged with responsibility for her baby brother when she was so young she remembers that her legs were too short to dangle but stuck straight out in the chair; at eleven, she was making a living as a model on which the family finances depended. 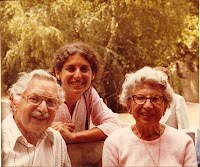 When I started telling some of these stories to my mother, she was invariably shocked and disbelieving. “No mother would do that!” she would say. I’m not saying that my parents or my family as a whole was perfect. But my parents parented: they loved their children, treated us like kids when we were kids, nurtured, provided, and protected us, and in many ways were inspiring role models.

My parents were both first generation immigrants: my mother from Hungary at age four, my dad from Ekaterinaslav (Dnieprpetrovsk during the Soviet era) in the Ukraine at age six. Both were encouraged to assimilate, to become Americans, as quickly as possible. Both spoke English without an accent, and both got started on the American dream by entering law school in 1921. That's where they met. By the time they graduated, three years later, my father had already proposed—and been rejected. The family story went that Dad, who was honest, hardworking, and unambitious his whole life, made the mistake of telling Mom, “Judy, I’ll never be rich.” What young girl would go for that so early in life? 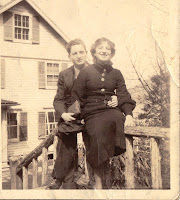 But they remained friends. They even learned to drive together, so far back in the mists of time that an eight-dollar bribe to the examiner got them through the road test. (Mom, who was normally a speed demon, drove too slow; Dad, usually overcautious, drove too fast.) And in 1935, they married. Their first post-honeymoon home was in Greenwich Village, and we always regretted that they considered it not the right place to bring up children. In later years—in her eighties or nineties—my mother admitted that in retrospect, she was sorry she took so long to say yes.

My dad’s whole legal career took place at a salaried, low-pressure job. My mother, more ambitious, had to deal with the gender barrier of the time. She ended up writing and editing legal books, got a doctorate in political science at sixty-nine, and taught Constitutional law as an adjunct professor in her seventies. They loved to travel. In their eighties, they were still jumping around on glaciers on a trip to Alaska. My father did the New York Times crossword puzzle in ink every Sunday. My mother was an indefatigable swimmer who could never resist a chance to go in any body of water in her vicinity—in her underwear on the rare occasion when she hadn’t brought a bathing suit. She swam in the ocean till ninety and in the bay till ninety-five.

There are many stories I could tell, but for now, let me say:
Happy anniversary, Mom & Dad!
Posted by Elizabeth Zelvin at 00:01