The winner of last week's drawing for a signed copy of John Floyd's short story collection, Midnight, is Vicki Kennedy. Vicki, please email your mailing address to velma(at)secretary(dot)net so John can send you the book.

Members of Alcoholics Anonymous have a special name for New Year’s Eve. They call it Amateur Night. It’s the night when everybody else goes out and tries to behave like genuine drunks. Being amateurs, of course they fall short. 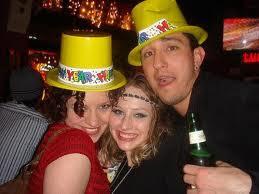 They drink ghastly punch with sweet juices and chemical sodas and who knows what ill-conceived combination of hard liquor, cheap champagne, and cloying liqueurs thrown in. They throw up and pass out. No self-respecting alcoholic who values his or her sobriety would be caught dead out on Amateur Night. Who needs New Year’s Eve? As my protagonist Bruce says in Death Will Get You Sober, it’s a holiday with no traditions whatsoever, apart from getting blitzed and counting backwards from ten. Glad to let everybody else make fools of themselves, recovering folks may stay home or drop in on one of the AA meeting marathons that offer round-the-clock support on major holidays to those who have chosen living over drinking.

Most working people get the holidays off, including Christmas and New Year’s. A friend of ours used to count it as the busiest time of his working year. Was he a caterer? A salesman at Walmart? Nope. 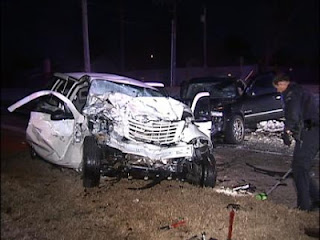 He was a blood tech in the emergency room of a hospital. Around midnight, when his shift began, on Christmas Eve and again on New Year’s Eve, they would start wheeling in the bodies. Statistics confirm that alcohol-related traffic deaths soar on New Year’s Eve.

Cars are not a big issue in Manhattan, where I live. But the noise on the streets long past midnight and the increased number of passengers being sick on the subway make New Year’s Eve a good time to stay home. Since the kids, now long grown up and moved out, started making their own plans for the evening, we’ve usually made ourselves an elegant dinner to eat by candlelight. Manhattan! you may say. Don’t you ever go to Times Square to watch the ball drop? Nope. Never. 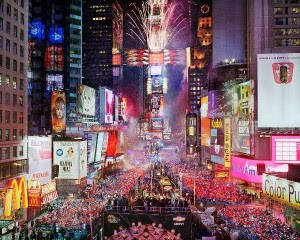 My son went once, I think it was his first year in college. Wisely, he neither asked my permission nor told me he’d gone till New Year’s Day. With typical city-kid aplomb, he reported: “It was one-third tourists, one-third college kids, and one-third muggers—and even the muggers were friendly.”

One reason to go out on New Year’s Eve in the past was that it was a rare opportunity to dress up, whether for a party or dinner in a fancy restaurant, in our increasingly dress-down culture. Since I became a mystery writer, I no longer need that excuse. The holiday parties of the organizations I belong to, MWA and Sisters in Crime, are long past, having taken place early in December out of concern for people’s crowded holiday calendars. At MWA events, they even tell guests to “dress to kill.” And nobody even gets hurt.

So two nights from now my husband and I will finish our delicious home-cooked meal, get into our jammies, and may or may not turn on the TV. And at midnight when the ball drops and all the frostbitten tourists (and college kids and muggers) sing Auld Lang Syne, we will probably be fast asleep.
Posted by Elizabeth Zelvin at 00:01

When I lived in NY, my girlfriend dragged me to Times Square. I remember lots of sloppy kisses. It wasn't on my bucket list, but I think I should get points for retroactively adding it.

I'm with you, Fran. We quit amateur night years ago, after an especially bad morning after. Whew. Glad that's done. Instead, we will have a nice dinner, watch a good movie, and go to sleep.

Even the muggers are friendly. How nice, I think.

"...it’s a holiday with no traditions whatsoever, apart from getting blitzed and counting backwards from ten." I love that line, Liz. I used to hear a lot of that counting on New Year's eve patrol duty, and it was often the designated driver who had failed miserably at abstinence.

Robin and I avoid that night like the plague now. Working it for so many years soured me forever on the celebration. I'm afraid that St. Paddy's Day, Mardi Gras, and Memorial Day, Fourth of July, and Labor Day weekends are no different (at least at night on the Jersey Shore). They've mostly devolved into bingeing marathons.

Ah, Liz, you celebrate the new year like we do. Being on the West coast, we wait for the ball drop in Times Square, which is 9 o'clock here, then go to sleep Lately we haven't even made it that far.