On the evening of December 3, 2011, the Wolfe Pack, the international Rex Stout fan organization, gathered for its annual Black Orchid Banquet in New York City, this year celebrating not only his works, but also his 125th birthday. One of the events during the banquet was the presentation of the Black Orchid Novella Award, or BONA, given to the winner of their annual competition for an original novella written in the tradition of Rex Stout. This year, I was honored to be its recipient for my story Inner Fire. Here are my prepared remarks for the banquet.

The old saw that being a writer is the most solitary of occupations is completely wrong. Honestly, I can’t think of a more social activity, because a writer is nobody without readers, and readers form a community, as this gathering tonight so clearly demonstrates. Along those same lines, Inner Fire would never have succeeded without the advice and feedback of several advance readers, most of whom are accomplished mystery writers themselves. The fine writers who provided that advice were Melodie Johnson Howe, Nora McFarland, Robert Lopresti, Steve Steinbock, and John M. Floyd. Additional thanks are clearly owed to Linda Landrigan, editor of Alfred Hitchcock’s Mystery Magazine, the members of the BONA selection jury, and to my wife Margaret. It would also be utterly remiss of me not to express my gratitude to the founder of the literary feast, the great Rex Stout.

When the BONA was first established a few years ago, Linda invited me to submit something for it. At the time I declined because I couldn’t think of anything good enough, but I paid close attention to the results of the competition in subsequent years. Although the rules of the competition state that the story shouldn’t be derivative of the Nero Wolfe milieu, I found the idea of writing a story using the Nero Wolfe/Archie Goodwin model patently irresistible. (I note that it was irresistible to previous winners, too.)

I realized I needed my own spin on the Wolfe/Goodwin paradigm. So I asked myself, what if I Nero and Archie were women? And what if, instead of living in New York, they lived in my town, contemporary Los Angeles? I thought this concept was brilliant, and I was right to think so. It was so brilliant, in fact, that it had already been done twenty years before.

I mentioned that Melodie Johnson Howe was one of my advisors. In 1990, Melodie gave the world her first novel, The Mother Shadow, featuring Claire Conrad, her Wolfe character, and Maggie Hill, her Archie equivalent, the story taking place in L.A. It’s such an excellent book that it was nominated for the Edgar Award for Best First Novel by an American Author.

Knowing this, especially as Melodie is a dear friend, you might wonder how I had the gall to proceed with my own women-in-L.A. take. Well, I don’t know how I did, except to say that once I got my teeth into the idea, I couldn’t not write it. There could be no question, though, of not bringing Melodie into the loop, because I felt I needed her permission to carry on. So I enlisted her to advise me, hoping she would perceive that my story was almost as much an homage to her as to Rex Stout.

In the sequel, my female Nero and Archie weren’t much like Melodie’s. Erica (that is, my girl Archie) is younger and less cynical than Maggie, and Miss Enola (my female Wolfe) is not at all like Claire except in her analytical genius and immense self-confidence. It wasn’t difficult to separate my creations from Melodie’s at all.

No, the tough part was to make Erica and Miss Enola as credibly and convincingly female as the original Nero and Archie were so steadfastly male. I’m the the kind of guy who likes smoking cigars, watching football games clutching a cold beer, and occasionally playing dealer’s choice low-stakes poker with my friends, so writing male characters is easy for me. Female characters are hard. One of the characters in Inner Fire expresses my conundrum. “The biggest difference between men and women,” he says, “is that women think they understand men. Men know they don’t understand women.” So you can see that given my limitations, I had set myself a daunting challenge. 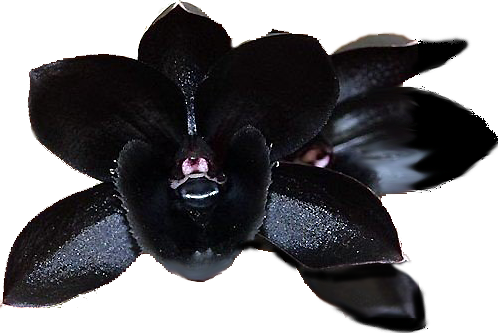 I began by assuming a new identity. The byline on the story is “Jolie McLarren Swann”. That is ostensibly the name of a woman. As you have probably observed, I am not a woman. But if you look carefully at the name, you may discover that if you rearrange the letters, one of the possible results is “James Lincoln Warren”. By an amazing coincidence, that happens to be my name.

Inner Fire’s narrator is a callow and attractive young detective named Erica H. Wooding. By the same amazing coincidence as the byline, that is an anagram of “Archie Goodwin”. The senior stateswoman in the story is named “Enola Fowler”. The letters in her name can be rearranged to read “Nero Wolfe L.A.”

I thought that the anagrams would please the puzzle-minded of the tale’s readers, as well as serving to pay direct, if mildly covert, tribute to Rex Stout.

Erica and Miss Enola are not carbon copies of their progenitors, though, and I worked hard to give them their own voices. I have to say that I am especially proud of Erica, since I am categorically not a 23-year-old woman myself, and personally have very little in common with 23-year-old women, but I think she comes across as who she is. I confess I’m in love with her, but I honestly can tell you that having standards of her own, she would never be in love with me.

I’m more in tune with Miss Enola, a woman of my own age who shares many of my more pronounced prejudices about the world. She’s not so lovable as Erica, but in many ways she’s more interesting. Nora McFarland, another of my readers, pointed out to me that her first name taken by itself is an anagram of “Alone”, and that this is a quality essential to her character.

But of course Miss Enola is not alone. She has Erica to keep her company, even if she spends most of her time in her own head. Mostly, though, she will never be alone as long as there are people who love to read detective stories. I hope that when Inner Fire is published in Alfred Hitchcock’s Mysterty Magazine this coming summer, you will all have the opportunity to read it. I wrote it for you, and I am deeply and humbly grateful for the honor you have done me in granting me this award. I tell you from the bottom of my heart that it is one of the brightest highlights of my career as an author of crime fiction.
Posted by Leigh Lundin at 00:01